Employer of Illegals Gets Hefty Fine

WASHINGTON (CNN) -- "A company accused of encouraging hundreds to illegally enter the United States and then hiring them using fake Social Security numbers has agreed to pay the largest settlement ever in a workplace immigration bust, the Department of Justice said Friday.

IFCO Systems North America, a pallet and crate company, will pay a $20.7 million settlement, which includes $18.1 million in fines and $2.6 million for overtime violations, the Department of Justice said.
In early 2006, immigration officials raided 45 IFCO sites, arresting almost 1,200 low-level workers. Federal officials also charged several managers, accusing them of using "as a business model the systematic violation of United States law."
To date, nine IFCO managers and employees have pleaded guilty to criminal conduct, the Justice Department said. Four managers are awaiting trial on felony charges and the investigation is continuing, it said.
The Justice Department said it will not pursue criminal charges against the company if it complies with the terms of the settlement.
"The agreement severely punishes IFCO for its serious immigration and employment violations," acting U.S. Attorney Andrew Baxter said. "But it also allows the corporation to continue its operations, so that its lawful employees and innocent shareholders do not suffer the consequences of a business failure in this economy."
IFCO's violation of the law was flagrant, officials said. More than half of the company's 5,800 workers during 2005 had invalid Social Security numbers, and the company ignored at least 13 letters from the Social Security Administration about questionable Social Security numbers.
IFCO records suggests that as many as 6,000 illegal immigrants worked at company plants from 2003 to 2006, the Justice Department said.
Federal officials said Friday that IFCO "acknowledges and accepts responsibility for the unlawful conduct of its managers and employees." An IFCO official could not be reached for comment."
Posted by ultima at 9:19 AM 1 comment:

The Enemy Within and Without

The Impact of Global Growth

“The most acute problem of plenty is the impact of global growth on natural resources and the environment. It is not an exaggeration to say that the world is running out of clean air, potable water, agricultural produce, and many vital commodities. Some of these problems can be fixed—by improving efficiency and developing new sources of supply—but progress so far has been far too slow [and I might add very difficult]. Agricultural productivity, for example, is rising. [Probably, not by much in the U.S. where heavy mechanization and fertilizer, insecticide, and herbicide use must mean that there would be very little return from additional investments of that sort.] But feeding a global population of eight billion, which we will get by 2025, will require crop yields to reach four tons per hectare from only three tons today. [This kind of improvement may be possible in underdeveloped countries with available arable land and a willingness to buy into the mega-agric-business concept.]
Similarly, our ability to manage and conserve water is not growing nearly as fast as our consumption of it. World population tripled in the twentieth century, but water consumption increased six fold. Americans use more than four hundred liters of water a day to drink, cook, and clean themselves [and their clothes.] People in poorer countries today are lucky to get forty, but as they get richer, their rising demands will cause greater stress. Violent clashes over water have already broken out in Africa and the Middle East. [Even in the U.S., there was a border dispute between Tennessee and Georgia when drought struck the Southeast.] Historically, people have moved to find water; if water sources dry up in the future, tens of millions of people will be forced to start moving. [In the Southwestern U.S., cities with burgeoning populations are buying up water rights leaving the land fallow and unable to grow the food needed by the additional people.]
Over the past decade, many predictions about the effects of climate change have proven to be underestimates because global [population] growth has exceeded all projection. The most recent assessment of the Intergovernmental Panel on Climate Change was released in mid-2007. By the year’s end, scientists had shown that the polar ice caps are melting twice as fast as the report expected. There is a greater demand for electricity, more cars, and more planes than anyone imagined fifteen years ago. And it keeps growing. The McKinsey Global Institute projects that, from 2003 to 2020, the number of vehicles in China will rise from 26 million to 120 million. And then there’s India, Russia, the Middle East—the rest.
Demand for electricity is projected to rise over 4 percent a year for decades. And that electricity will come mostly from the dirtiest fuel available—coal. Coal is cheap and plentiful, so the world relies on it to produce most of its electricity. To understand the impact on global warming, consider this fact. Between 2006 and 2012, China and India will build eight hundred new coal-fired power plants—with combined CO2 emissions five times the total savings of the Kyoto accords [if they were implemented].

-- from Fareed Zakaria, "The Post American World" (on Obama's reading list)
Posted by ultima at 3:06 PM No comments:

Looks like California has a real problem here. I wouldn't give them an extra dime until: (1) they get their house in order by apprehending and turning over to ICE for expedited repatriation all the illegals in the state and their minor progeny, regardless of citizenship; (2) they require all municipalities to renounce any official or unofficial sanctuary status and charge police with apprehending illegals and holding them for ICE; (3) petition the federal government for relief from Medicaid, emergency medical care, education and related expenses for illegals and their progeny; (4) cut state civil service employment by 50% and reduce the top compensation of all state employees to not more than $100 k per year permanently; (5) put all state employees on a four day work week except those involved in emergency services.
Posted by ultima at 2:24 PM No comments:

On another site there was a spirited discussion of four different models for social integration ranging from monoculturalism to multiculturalism. In between was a model called Leitkultur. Taking that concept as a starting point one can define what I will call Culture Light as a culture and social integration model that recognizes that what is has become largely immutable because of the difficulty in changing the Constitution ( except through unelected, unrepresentative, activist judges who stray from a strict interpretation of the Constitution). Inherent in such a model are the concepts of: separation of powers, checks and balances (especially a strong, independent judiciary), protection of individual rights of citizens (the bill of rights), secularism (separation of church and state), and a representative government that formulates and executes laws within the constitutional framework. Also implicit are the ideas of modernity, liberal democracy, enlightenment, and a civil society guided by the rule of law. Value-blind, multi-culturalism ( if it is at odds with those core values even as they evolve to accommodate the changing complexion of the nation) does not fit with Culture Light. Cultural pluralism within the basic concepts above is what we already have. One can find streets, food, stores, churches, neighborhoods, foreign language instruction, newspapers, TV and radio stations and programming, dress fashions, advertising, and political activity that reflect a heavy multi-cultural influence. But these multi-cultural aspects exist within the context of our core values, our constitution, and our laws and regulations at all levels. This seems to suggest that Culture Light is an apt description of our American model.
Few would advocate the development of ‘parallel societies’ or a value-blind multiculturalism whatever its impracticality given the constitutional and legal framework of our country. One would ask those who do whether they have any core values and the extent to which they vary from those above and why?
Culture Light, as practiced in the U.S., does not mean compulsory assimilation but it does imply an appreciation of the values central to our Constitution, our representative form of government, and the rule of law. An immigration policy structured in the national interest and opposition to illegal immigration is a logical part of Culture Light.
Posted by ultima at 10:31 AM No comments:

3. Community of St. Sabina, $100,000,a church headed by Father Michael Pfleger, a radical Catholic priest and Obama campaign contributor who mocked Hillary from the pulpit of the Wright's Trinity Church.

4. FORUM: Yesse Yehudah, $75,000, being sued by the state for failure to account for dollars received from Obama's grant

Change??? Sound like we are in for four years of Chicago-style pork and corruption, i.e. more of the same, not change.
Posted by ultima at 3:12 PM No comments: 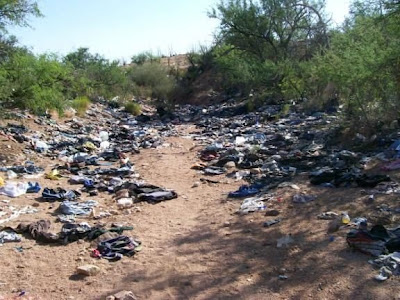 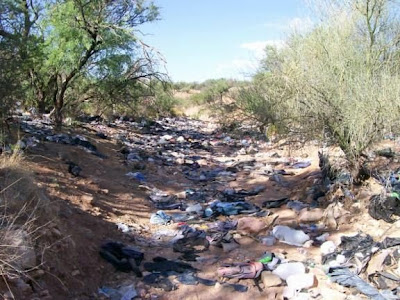 Posted by ultima at 2:51 PM No comments: 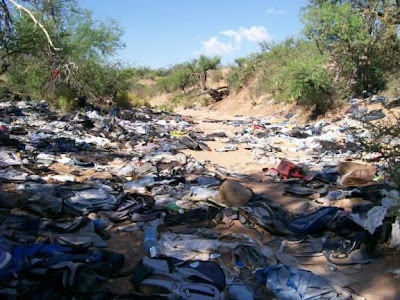 Posted by ultima at 2:47 PM No comments: