Keynote Speech for the Democratic Convention

We have lost our spiritual equilibrium and reversed our values.

We have exploited the poor and called it the lottery.

We have rewarded laziness and called it welfare.

We neglect our bridges, tunnels and highways and spend the money on pork

We have killed our unborn and called it choice.

We have shot abortionists and called it justifiable.

We have neglected to discipline our children and called it building self esteem.

We have abused power and called it politics.

We have coveted our neighbor's possessions and called it ambition.

We have polluted the air with profanity and pornography and called it freedom of expression.

We have ridiculed the time-honored values of our forefathers and called it enlightenment.

We want to socialize medicine and call it improved health care

We want to redistribute wealth and call it fair when one man receives, without working, what another man must work for without receiving

We need to search for solutions and stop the incessant criticism of any ideas that are or were not invented by the Democrat party. Thank you
Posted by ultima at 12:58 PM No comments: 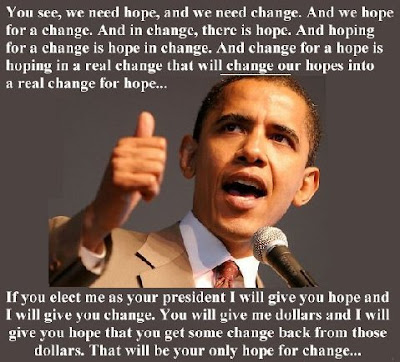 When they get sick over there, they come here!

Be careful what you wish for when you agitate for socialized medicine:

On Nov. 26th, 2005, Silvio Berlusconi collapsed while delivering a speech at his Forza Italia Party in Tuscany. Tests revealed that the 70-year-old former and current Italian prime minister was suffering from a potentially serious irregular heart rhythm. Surgery to implant a pacemaker was recommended. And where did Mr. Berlusconi choose to have this lifesaving procedure? The Cleveland Clinic in Ohio.

While the U.S. government does not track the number of foreigners who receive medical care in this country, a study by Johns Hopkins estimated as many as 70,000 annually. Among them were well-known figures as Canadian Member of Parliament Belinda Stronach, who abandoned her country's national health care system to treat her breast cancer at a California hospital. There have been families from other countries who have been patients at the Mayo Clinic in Jacksonville, Florida for four generations. Canada and the UK have less than half the number of MRI units and CT scanners per million people as the U.S..

The most frequent reason that foreigners give for coming to the United States for treatment is to obtain access to the world's most advanced medical technologies or obtain higher quality health care than is available in their own countries. Forty four percent of Americans who could benefit from taking statins, a lipid-lowering medication that reduces cholesterol and protects against heart disease. That number seems low until compared with the 26% of Germans, 23% of Britons, and 17% of Italians.

The second biggest reason is to circumvent waiting times and medical care rationing at home. There are currently 750,000 Britons awaiting admission to the National Health Service (NHS) and shortages force the NHS to cancel as many as 50,000 operations per year. It's even worse in Canada with 800,000 patients currently on waiting lists for medical procedures. Many of these individuals suffer chronic pain and will die before they received the treatment they've been promised.

Welcome to the Obama/Clinton health plan.
Posted by ultima at 2:35 PM 3 comments:

Where are the poor in America?

Government data reveal that America's poor are not without modern conveniences:

It's deja vu all over again! 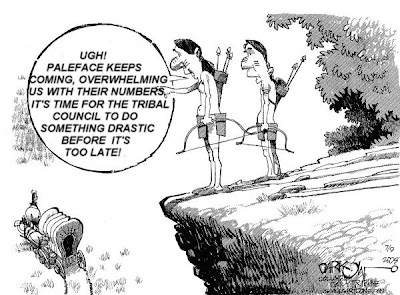 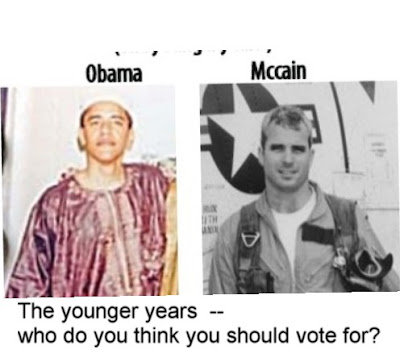 At a town hall meeting in Georgia, presumptive Democratic Presidential nominee Barack Obama told an audience that, “you need to make sure that your child can speak Spanish.” Speaking in Powder Springs, Ga., the Illinois Senator said that the nation’s chief priority should not be for immigrants to learn English, but for American children to learn Spanish.

Senator Obama’s idea is characteristic of an elitist mindset declaring that it is not the job of immigrants to America to learn English, but that it the job of Americans to learn the language of the immigrants. This runs counter to our proud history as a melting pot and counter to the belief of most Americans. Clearly, Senator Obama has spent too much time at the lectern instead of interacting with the American people. He thinks he has the corner on the language needs of America rather than listening to the people.

Nationwide, more than 25 million Americans who struggle with English, who are stuck in menial jobs and low wages because they are unable to converse with the majority of Americans. More than two million of these are native-born Americans who have come to rely on the crutch of government multilingualism. While I agree that we should encourage our children to learn additional languages, telling parents that they must enroll their children in Spanish classes is completely misguided.

Similarly, Obama indulges in a gross mis-characterization of the Official English movement by referring to it using the ad hominem term "English Only". This tactic is designed appeal to emotion rather than reason. Obama speaks with a forked tongue.
Posted by ultima at 7:43 AM 1 comment:

The America that Barack Obama and Nancy Pelosi want is vastly different from the one most of us believe in. Today's Democrat Party is run lock, stock and barrel by these left wing extremists. Their Socialist agenda should be cause for concern for all of us who have rejected Socialism time and time again. Obama knows this and you will see him moving toward the center during the campaign -- anything to get elected. Don't be fooled! Only the most gullible will fail to realize that this is just campaign rhetoric and has nothing to do with his real plans.

One expert has suggested that Obama's plans will drive the annual deficit up to $1 trillion from the present $500 billion. No wonder some are calling him "Trillion Dollar Obama".

We need a president and a congress that will fight tooth and nail for principles and values like...

Protecting the lives of unborn children; lowering the amount of taxes we pay and eliminating the big government give away programs that are bankrupting our futures; cutting intrusive government regulations that are suffocating America's small businesses; restoring the value of the dollar; investing in domestic energy sources as we develop alternative ways of powering America; fighting for the right to keep and bear arms; working overtime to make sure America never turns over one ounce of its sovereignty to the corrupt and Socialist United Nations; and stopping illegal aliens from entering our country once and for all. This is a tall order, one that is well beyond the capabilities of Trillion Dollar Obama.
Posted by ultima at 6:26 PM 5 comments:

Are Mobs of Foreigners Marching and Burning American Flags in the Streets?

At least they are or have been waving flags of other countries and whether they are here legally or not they are demanding the same rights that citizens enjoy. But they don't want to be Americans. They want to speak their own language and expect us to learn it. Remember when you could go shopping and everybody you met spoke English? That's because almost everyone you met in those days was an American. It didn't matter if they were German, Italian, Irish, black or white -- we were all proud to be Americans.

Those days are going to be gone forever if we don't demand that congress enact the National Language Act that will finally declare English to be the National Language. Spanish speaking foreigners are taking over our country; they are permeating the airwaves on TV and radio. Their lobbyists are everywhere: La Raza, MEChA, LULAC, the Hispanic Caucus, the Hispanic Chamber of Commerce and myriad others. They learn English only to facilitate their ultimate purposes. The call for an official bi-lingual American will soon be upon us followed by a demand for Spanish as the Official Language of the Estados Unidos del Norte, just another Latin American impoverished, disease-infested, overtaxed, crime-ridden, and corrupt country. The new Latino oligarchs can hardly wait. All the others will wonder why they left their homelands. They will never question the fact that they were responsible for the decline and fall of the last great hope for mankind.
Posted by ultima at 6:08 PM 1 comment: